You have been living in Toronto since the age of two. How did you manage to keep your Bulgarian identity?

ND: Although I moved from Bulgaria to Canada at a very young age I have been going back and forth throughout the years to visit my family over Christmas and Summer Holidays.  Aside from my immediate family, all my relatives live in Sofia (and I myself was born there).  My parents insisted that my brother and I speak Bulgarian at home and now that I’m older I appreciate their efforts and understand how important it is to know your roots and where you came from.

Do you go to Bulgaria often?

ND: I visited very recently actually. I spent this past Christmas with my family in Bulgaria. I used to go back almost every summer and stay with my grandparents in Sofia or to the Black Sea (Sozopol). I even lived in Bulgaria and went to school for a year at “Antim I” School ( Oborishte Street in Sofia).  But ever since I started acting it has been harder to take time off and travel across the sea to go back home.

What languages do you speak?

ND: I speak English, Bulgarian, and French – in that order.

When did you start working as a model?

ND: I modeled for a short period starting at 14 years of age. I got a few jobs and I enjoyed it but I wanted more and so I pursued acting.

You did a cover for a magazine. Tell us about that.

ND: I shared the cover of “Verve Girl” (which is a Canadian magazine for teens) with another actress who plays on Degrassi: The Next Generation named Lauren Collins. They approached us for the cover because they had seen our work on the show.  I was happy about this because we were recognized for our work and not because we were two pretty girls. I was happy to do it and it was a lot of fun! I hope to do more in the future!

ND: Yes! Bulgaria is very well known for their gymnasts! I love Nejka Robeva, I think she was an incredible performer and she was a role model for me growing up. I trained and competed in Rhythmic Gymnastics and afterward I joined the Canadian International Aesthetic Gymnastics Group. It was a large part of my life and I miss it very much but unfortunately it is not something I could do all my life.  It is a beautiful sport and I still love and appreciate it!

You are young, intelligent and very beautiful. What do you dream of?

ND: Becoming an actress was one of my dreams growing up and of coarse I hope to be successful.  I also dream of experiencing everything I can in the world; travel to all the continents, ski in the Alps, touch a shark, see the coral reefs of Australia, sky dive, etc.

Do you have a favorite actor/actress?

How did you get into acting?

ND: I have been performing all my life in gymnastics, all kinds of dance and I went to a performing arts high school. I knew I wanted to do something artistic professionally and I loved Acting and Dancing. During one of our school (theatre) workshops I met a acting coach who then recommended I take film acting classes. After a year of training he introduced me to a few agencies. Once I got an agent he started sending me on auditions, I booked jobs and started working!

What are you looking for in a script? What makes you want to be in a film?

ND: I look for a challenge and I try to be diverse. I’d like to eventually try every genre and many types of characters. I love to read, I have a great imagination and if I get a script that I can’t put down then I know its something I want to do!  Its not one or two specific things, I just know once I’ve read it and I get excited about it.

The premiere of your movie “Fugitive peaces” was on April 14th. Tell us something about the movie. What was the greatest challenge for you during the making of the movie?

ND: Fugitive Pieces is a period piece about a boy’s experiences throughout the Second World War and their after affects on his life and the people around him. The character I play is Bella, the boy’s older sister who is kidnapped by the Nazis and later haunts the boy’s dreams as he wonders what happened to her. The character Bella is only seen in flashbacks and only speaks Yiddish. That was my biggest challenge, as I do not speak the language. I had to sit down with a dialect coach and learn it for the role.

What did this movie give you?

ND: I read up on the events of the Second World War in greater detail and learned much more than I had any idea of. I don’t think I fully understood how horrible the holocaust was until I studied it.  I read The Diary of Ann Frank and watched movies such as Schindlers List and The Pianist to get in the right frame of mind and better understand the period.

You are on the TV show “Degrassi”. How is acting for TV different from acting on the big screen?

ND: Both are great but everything has to be a bit more discrete for the big screen. You can’t be as animated because its too much when it’s blown up in a theatre.

What is your next acting project?

ND: I have a few things coming up that I’m excited about. Degrassi begins filming its 8th season very soon for CTV and The N in the United States. I also did a horror flick called Never Cry Werewolf which will be coming out close to Halloween of this year. Finally I have a film for television coming out on MTV this summer called The American Mall. It’s an original musical from the makers of High School Musical and I play the leading role of Ally.

ND: After Fugitive Pieces and reading about it I would love to play Ann Frank.  Although it is similar to the role I already played it is such an incredible and historic story.

Who inspires you in life?

ND: Craig Kielburger is a huge inspiration. He started a charity called “Free The Children” which helps hundreds of thousands of people worldwide. His organization builds schools in the third world countries to give them education. He has done so much in such a short period and he is a great inspiration to me.

ND: James Marsden is very talented and I find him attractive!

Do you have a hobby?

ND: I have many hobbies! I love movies (obviously) so I go to the theatres a lot. I also love to travel and go on road trips with friends. I also read a lot and I play a lot of sports. I am very active.

ND: Just like my hobbies I read, play sports, travel, hang out with friends and watch movies. When I’m in LA I go to the beach in Santa Monica. I recently tried surfing for the first time and it’s a lot of fun!

What would you wish to the readers of “BULGARIA SEGA”? 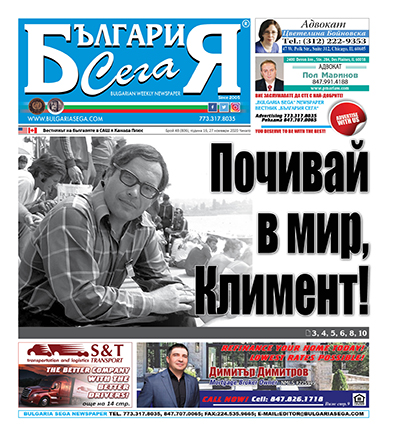