Lewis Hamilton stylishly won his fifth United States Grand Prix on Sunday, as he comfortably led Mercedes teammate Nico Rosberg all the way and won by 4.5 seconds. It was also the 50th victory of Hamilton’s F1 career, putting him one behind Alain Prost for second place in the all-time list (now tied after winning in Mexico), and wiped seven points off Rosberg’s 33-point title lead with three races to go.

This time Hamilton had no problems with his clutch at the start and headed Rosberg into Turn 1. The German had his hands full, however, and lost out to Ricciardo, who got the “friendly grip” he was looking for on his supersoft Pirelli tires to jump one of the Mercedes which had started on the soft compound.
Behind them, Valtteri Bottas and Nico Hulkenberg had a bump in that first corner which hurt both their races; the German retired his damaged Force India at the end of the lap, while the Finn pitted with a puncture and struggled home an eventual 16th for Williams. It was a horrible opening lap for Force India, as Toro Rosso’s Daniil Kvyat spun Perez in Turn 11, condemning the Mexican to an afternoon of fighting back. As he took eighth, the Russian was 12th once a 10- second penalty had been applied.

The young Dutchman Verstappen looked very racy against Rosberg for a while, telling his team he was “not here to finish fourth,” as they
tried to get him to eke out his rubber, but he and Ricciardo stopped again on their 26th and 25th laps respectively. Verstappen had come in by mistake, believing his team had told him to box, and discovered they weren’t ready. That put him down to seventh, but he quickly passed Massa’s Williams and Raikkonen on his fresh medium tires and was running fifth when he suddenly slowed on the 29th lap. He rolled along as far as possible before parking well off track with suspected powertrain problems, but the Virtual Safety Car (VSC) was then deployed as the RB12 had to be craned away.

Mercedes immediately pitted both Hamilton and Rosberg for medium tires under the VSC, and that ‘free stop’ effectively killed any chance Ricciardo had of challenging for the win. It was frustrating, to say the least, for the Australian who had showed plenty of comparable pace to the Silver Arrows, as had Verstappen before his dramas.

Now it was Hamilton leading Rosberg, and all the reigning champion had to do was work through the traffic and manage his race, which he did to perfection to the flag. Rosberg, however, never gave up even though four-second places behind Hamilton in the remaining races would still give him his first crown. He kept the hammer down, and steadily reduced a 16.6 seconds deficit from the 32nd lap to 4.5 by the flag.
Ricciardo backed off in the closing stages but was still way ahead of Vettel’s disappointing Ferrari, which suffered from rear wing problems which cost him downforce and caused to have a huge wobble in the Esses in Turns 3, 4 and 5. He finished 43 seconds down.

Fifth place was the subject of a huge battle between Sainz, Massa and a charging Alonso. The former champion muscled Massa out of the way to take sixth on the 52nd lap, then sliced past Sainz on the penultimate lap.  As Perez fought back into the points, Button had a sensational opening lap to go from 19th to 11th, but couldn’t keep pace with his McLaren team mate and had to settle for ninth ahead of final point scorer Grosjean, who added to the Haas team’s score on their first race in front of their home crowd. 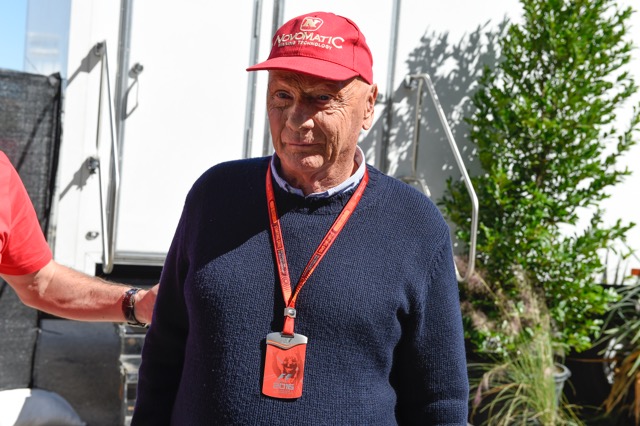 Formula 1 legend, Niki Lauda, is in Austin for the Mercedes AMG Petronas Formula One Team. 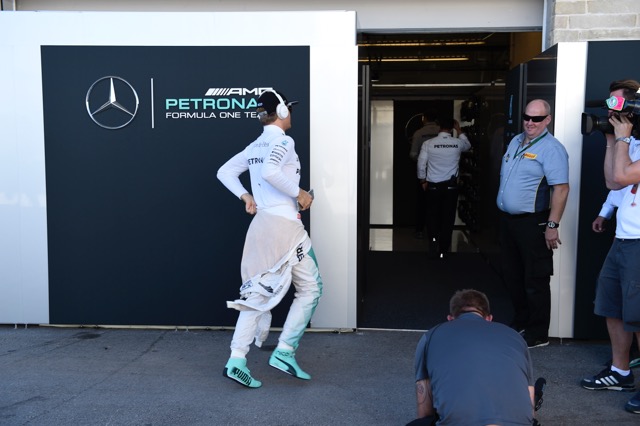 Nico Rosberg  of Mercedes AMG Petronas Formula One Team heads back to the pit lane for the third round of qualifiers. 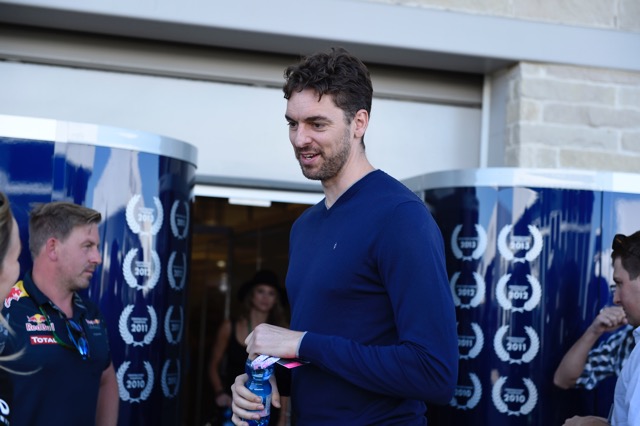 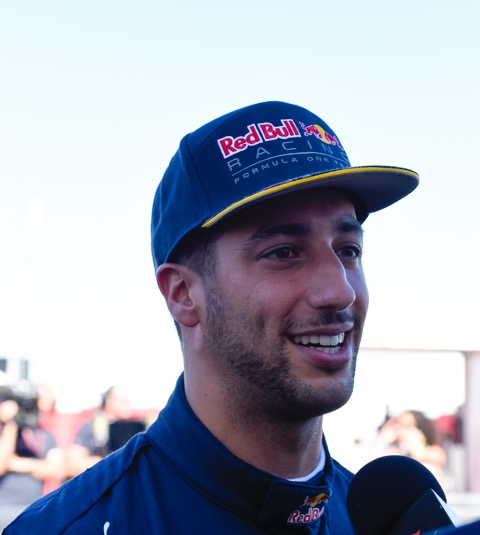 Daniel Ricciardo of Red Bull Racing speaks to the press after placing third at the qualifiers of the Formula 1 U.S. Grand Prix. 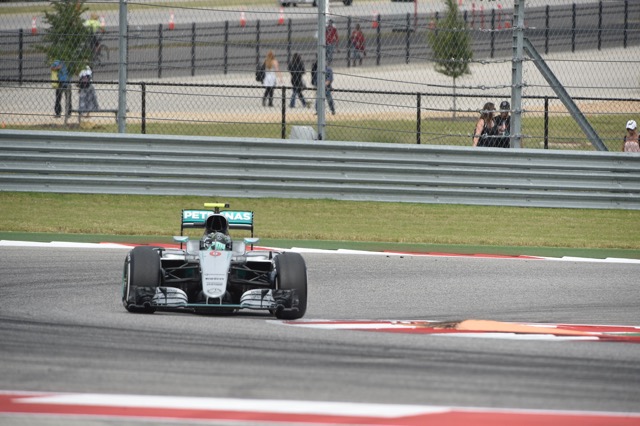 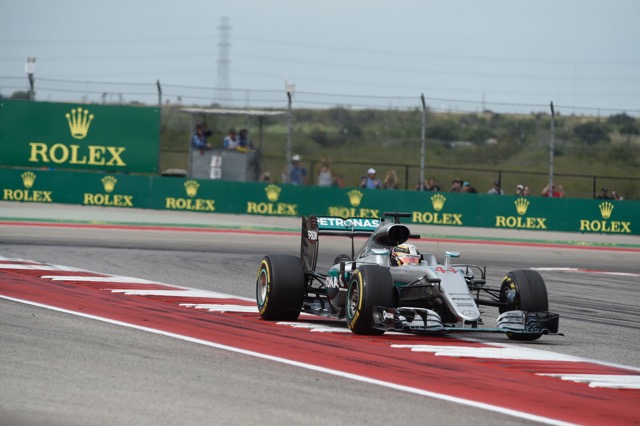 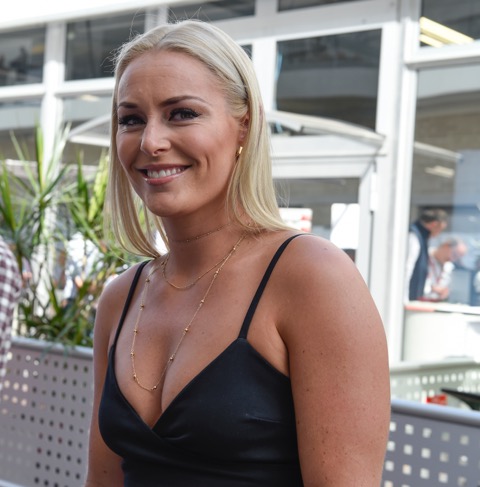 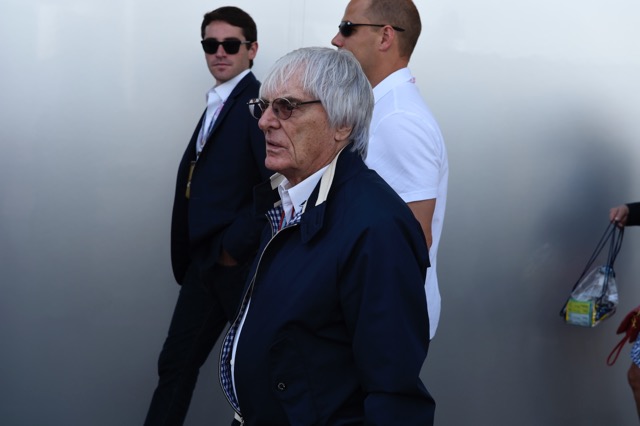 Bernie Ecclestone heads to the garage of Mercedes AMG Petronas Formula One Team to watch the Formula 1 U.S. Grand prix in Austin, TX on October 23, 2016. 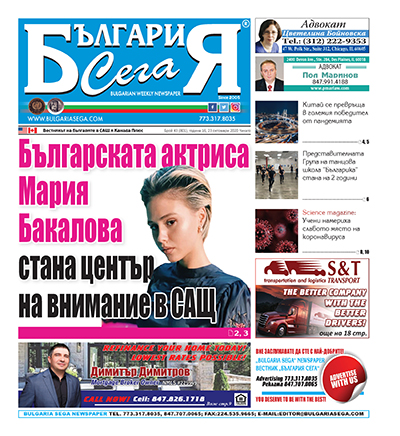